The Benefits of Anhydrous Wound Care 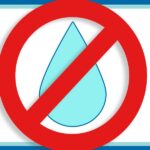 Consider the seas, lakes, ponds and even a standing puddle after a rainstorm.  All are home to countless organisms, some large, others microscopic. What the organisms have in common is their reliance on the oxygen in each water molecule present in the body of water they live in.

Two hydrogen atoms, one oxygen atom, (hence H20) are necessary to life and survival. Water is essential for so many things we don’t consider, from hydration and nutrition, to its role in products we use daily.

We also know the potential energy water holds and how it can be utilized to power an electrical generator or how that power can be used to erode or destroy. Think Grand Canyon, or a Tsunami.

The destructive force of water can also be seen in the form of mold, mildew or bacterial organisms that proliferate in the presence of water.   In fact, there are water-borne organisms that are often found in chronic wounds.

Anhydrous is a term that means “without water” and simply stated, this is a novel and important concept.  As mentioned, wounds, especially ones that have not healed in a timely fashion, have been found to contain varying levels of bacteria.  The longer the duration of the wound, the more likely the presence of antibiotic resistant colonies of bacteria called biofilms.

Most bacteria (not all), require oxygen for survival.  Additionally, chronic wounds are often accompanied by drainage, so treating wounds with dressings that contain some percentage of water, increases the risk of causing further damage to healthy tissue.  This concept refers to a term known as maceration, and if you have ever experienced development of a blister that has been popped (or drained, as we like to say in the medical world), the skin that is left behind is often white and sloughs off easily.  That is maceration, an overload of moisture in the skin.

To address excessive amounts of fluid or drainage in a wound, dressings have been developed over the years with the purpose of removing drainage or optimizing the balance of moisture present and therefore reducing the risk of further damage to healthy tissue surrounding and below the surface of the wound.

The creation and development of anhydrous products to treat and manage wounds is a novel concept.  The anhidrotic formulation of such dressings is achieved from oils from a variety of sources including fish and plants.  Anhydrous dressings applied to wounds eliminate the water and oxygen that bacteria could obtain from a water-containing dressing.  As a result, there is no fluid overload within the wound and bacteria cannot survive.  Bacteria are essentially starved and eliminated, without the use or need for harsh chemicals or antibiotics.

The use of anhydrous technology in the management of wounds is not only a novel concept but could represent a paradigm shift in the approach to managing biofilms and optimizing the condition of the related skin.