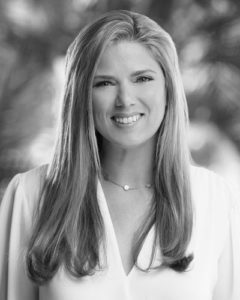 As General Counsel, Wendi provides legal support to Omeza, and handles investor relations. Wendi is also Director of Operations for The Brenn Foundation and Executive Director of Bridge Angel Investors, a membership group providing funding and mentorship to early stage companies throughout Florida.

Previously, Wendi held the position of Vice President of The San Francisco Marathon, a 25,000 participant event for which she managed a team of fifteen and launched the Worth The Hurt and Berkeley Half Marathon spin-off events and brands; the latter earned her a proclamation from the Mayor of Berkeley for bringing significant economic impact to the city. In this role, Wendi managed sales and sponsorships, led creative direction and new business development across all affiliated brands, and served as primary liaison to the Mayor’s Office, City Council and national and international race partners. Prior to Wendi’s move to the west coast, she lived in Washington, DC and held the position of General Counsel for Vietnam Veterans of America Foundation, a Nobel-peace prize winning non-profit responsible for founding the International Campaign to Ban Landmines.